Actively Listening. Was it Majik?

Majik.  Not my favourite name in the Linn range.  Sounds a bit twee, childlike maybe.  Klimax sounds too much like an adult oriented konversation.  Akurate works well as a name.

Recent discussions with TWKMS (those who know my system), including me, has led to the general conclusion that the 18 year old Linn Keilidhs are probably the bit that's holding it back.  I tend to agree - although their ability to reveal upgrades in the front end and amplification over those years has always astonished me.  I kept wondering when they'd run out of ability.  I'm sure if I added a Klimax DS and a Klimax Kontrol they'd go on improving.  But there's been a niggling doubt and much conversation about their ability to really be delivering what my existing front end is capable of, never mind further upgrades. 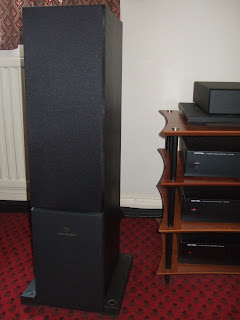 I subscribe to the "rubbish in, rubbish out" school of thought that leads to the inevitable conclusion that a good deal should be invested in the "source" of a system.  Hence the departure of my LP12 in order to fund an upgrade from Squeezebox Touch / Cyrus DAC-X to the current Linn Akurate DS/0 Dynamik.  However, if you spend £10k on a source and £100 on a set of speakers, I reckon you're not getting the best sound for your investment.  Perhaps it should be more like 40% source, 30% amps, 40% speakers?  So having now got a much better source and set of amps, I think the speakers need to be next.  But they need to be good enough to reflect any later upgrades to source and amps.

So off to my friendly local Linn dealer to listen to some loudspeaker options.  Having heard my brother's Vienna Acoustics Beethoven Baby Grands recently on an all Linn system, I found them to be superb with acoustic, atmospheric music and great with vocals - imaging superbly, especially when we tried them with Cyrus power amps.  But put on some Yello (I listen to a lot of acoustic music, but I listen to a lot of Yello too) and it all fell a bit flat.  Not exciting enough to listen to, for me.

Here's what we had set up to trial the Linn speakers at the dealership:

So apart from the AK/1 rather than my AK/0/D the system was as my own current system at home.  The room is in a large Victorian(?) terrace - ceilings about 11 feet high, very solid walls, about 13ft by 16ft at a guess, with the speakers firing across the shorter distance, and standing just inside each end of the bay - about 2ft 6ins away from the back wall of the bay.

We tried the following Linn speakers, both driven by the above amplification combination in fully active mode 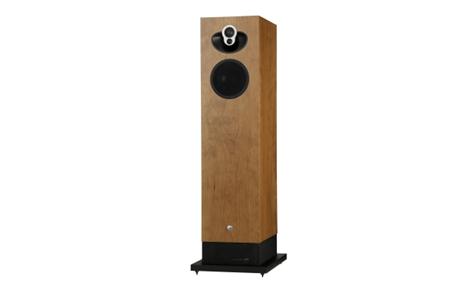 Its difficult to A-B them as it takes about 20 minutes to swap the speakers over, get them level and to swap all the aktiv cards between the amps. None of the aktiv cards are common.

Both are way more detailed and easy to listen to than my Keilidhs -they manage to deliver a much more detailed treble with really clear, sharp edges, but without any hint of harshness or edginess
They both have good drive and deliver the rhythm well.
The 140 superficially seems to have more bass, but actually, the Isos go deeper and deliver a better definition of a tune and instrument pitch in the bass, whereas the 140s are loosing control - this is relative and the 140 is still a great listen.  We heard a couple of the tracks where the 140s deliver a bass tune, but the 'bariks deliver a more clearly defined tune and on some tracks there are 2 instruments playing in the bass that sound like one on the 140s.
Initially I was sat back on the sofa, but the sofa is backed up to the wall.  Sitting forward on the edge of the sofa markedly improved the bass definition, narrowing the gap between the two speakers.  At home my sofa is about 4ft from the back wall, so sitting forward was more realistic in terms of recreating my listening position, but takes you nearer to the speakers and I was already sitting closer to the speakers than I do at home.
The 'bariks deliver a very different mid-range when compared to the 140s and the Majik 109s I have at home - male vocals are better defined but recessed further back in the mix. Its a strange effect - I wouldn't say it was wrong, but it didn't feel right to me either.
The 140s produce a much more precise image (instruments are easier to pin-point) and the speakers themselves "disappear" as a point source better than the 'bariks. Not sure if that is due to the extra width of the 'bariks front baffle compared to the 140s?

Overall, I think the 'bariks are the better speaker, particularly the way they deliver bass. But they really are quite different in their presentation compared to the 140s, which came as a suprise - I wasn't expecting such a different presentation, given the common components in the "2k array".  I was expecting the 'bariks to be a more refined and defined version of the 140s.

I would be happy with either.
The 140s also look better to my eyes!

Thanks to the gents at HoL for the session.
Posted by Neil Hallworth at 02:31