I probably play some Gorillaz 2 or 3 times per year. So I suppose it was a bit of a surprise to find my family and I spending some time with Damon and several thousand of his best friends at The Arena last week. The trip was a request from my daughter as a treat for such great GCSE results.
Rapper Little Simz and her DJ acted as the warm up. I suspect that she's very good at what she does, but out and out continuous rap isn't my thing. She uses some naughty words too - probably to try and shock and prove how 'street' she is. Yawn.  Little Simz did a guest appearance in the Gorillaz set in their normal style - rap to add interest and flavour to a track, not as an aim in itsself.

During the break, lighting smoke continued to disperse into the arena from the floor around the desk. Looked rather like the desk was going into meltdown.

It looked pretty much like a sold out crowd, although if you'd fancied your chances we did happen across someone outside the gig offering a couple of the £48 tix for a tenner each, just 5 mins before kick-off.  No way to say if they were genuine or not of course.  We were there 5 mins before the start rather than 30 mins because Manchester seems just as hard to get into in the early evening as it is to get out of...

So the Gorillaz themselves didn't dress up as their cartoon characters. In fact,the band (apart from the rappers) were very understated. A full band tonight including 2 (very hard working) drummers and 6 (excellent) backing singers.  This modest approach was compensated for by a massive back of stage screen showing the cartoon stories for all but one track.  Decent light show too.

The set was a decent length - best part of 2 hours, with the 'encore' being 30 minutes of that.

The band are very much a whole. Tight, clearly very well rehearsed and very much skilled musicians and singers.  Crucial when playing along to csrtoons which include characters singing along in time with the band.  Albarn swapped between a atandard mc and a CB mic to suit the sing. Best thing though was their complete enthusiasm for what they're doing. That's infectious and helps overcome the arena's somewhat sterile concretiness.  The crowd in the 'mosh pit' on the arena floor were having a great time in what was soon a party atmosphere. At one point Albarn walked up one side of the arena floor to treat some of the faithful to a laying on of hands.

The set was mostly the upbeat stuff but a few slower tracks were chucked in for contrast. Several rappers were involved along the way, some with a rather interesting choice of gear.  They added to the music rather than dominating.

Surprisingly, Feel Good Inc was part of the main set. Clint Eastwood was in the encore but kept short and sweet. In a departure from the normal bombastic big finish, the band gradually departed the stage during the last track, effectively delivering a track fade out. Different.

So that was a good night. We spent a good bit of time on our feet, singing along, arms swaying in the air and other joining in type stuff.  Far better than I was expecting and very enjoyable.  I'd do that again. Might have to wait for about 7 years if the last gap is anything to by... 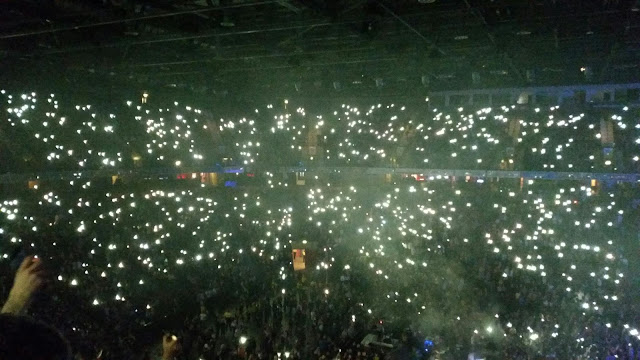 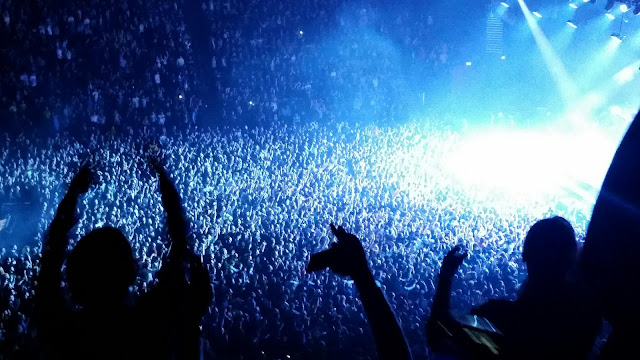 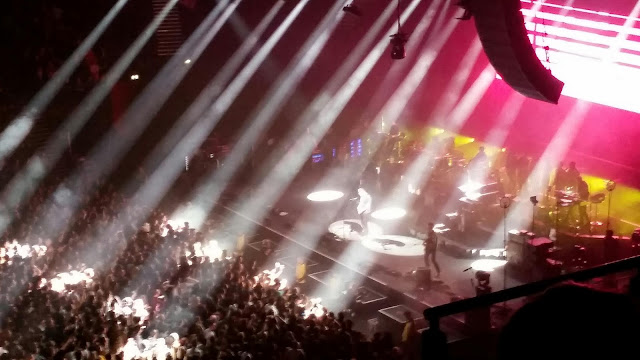 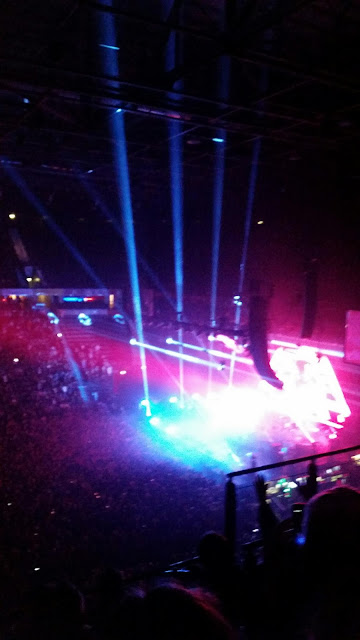 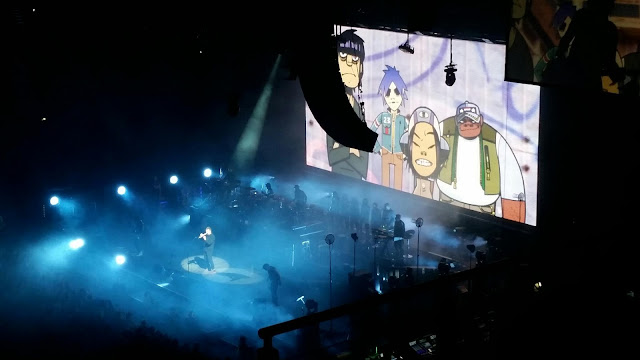 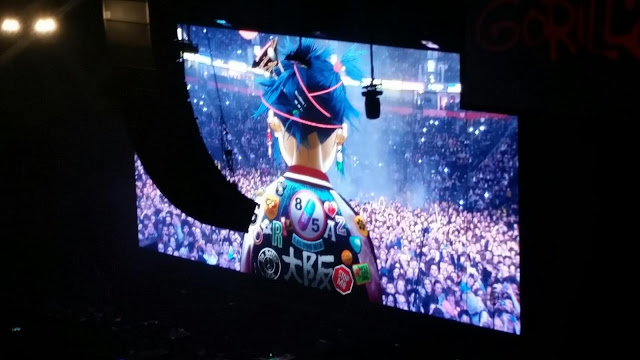