This small but nicely formed show was again running in the Double Tree at Chester in the North West of England.  About 15 rooms which thankfully did not include the massively vaulted barn which was always disasterous!

Being a free show, it really out to be very busy indeed, but as the previous 2 years, there's just a steady flow of visitors this particular Saturday morning / early afternoon.  This makes it very easy to get around the rooms and be able to pick and choose a seating position within those rooms.

We headed straight to the Naim Statement / Focal Utopia Stella room as we hoped it would be fairly quiet early in the day.  It was in the biggest room of the show, which in the past has hosted the highest end Naim system with top end Focal and Audiovector speakers.  Neither have really moved me.  Last year the Focals were pointing towards the door, this year they were back to the paired windows with the entrance door on the left - rather like the Audiovectors of 2 years ago.  The room was busy and we had to take up the front row of 5 rows of seats. 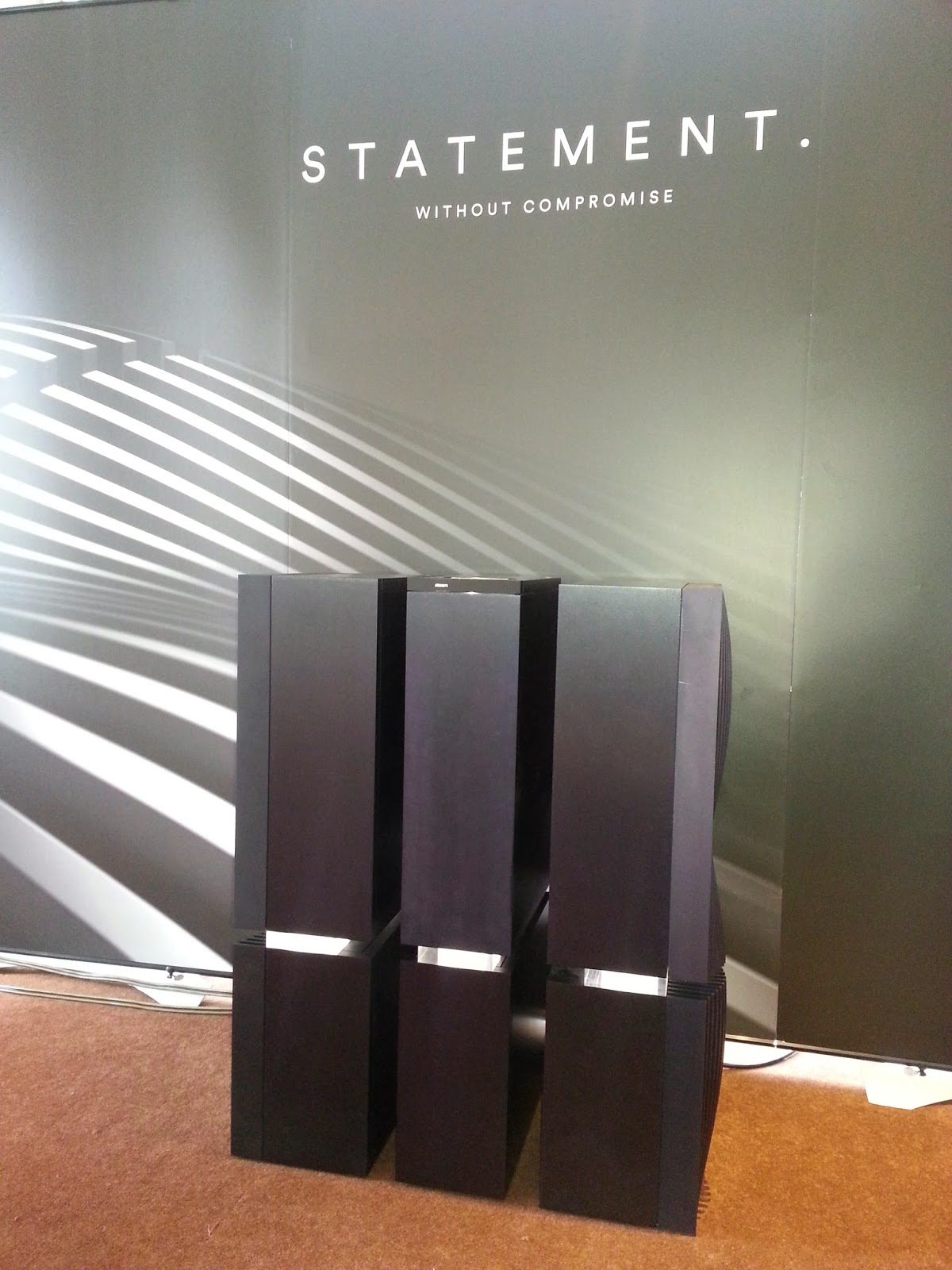 This was the first time I've seen / heard a system containing Naim's new top of the range cables.  After years of saying the existing cables were good enough, they now think they've found a better way of connecting up the kit.  I expect Chord will be the main loser, if these prove to be a better solution.  No chance to hear the impact they have on the system today.

The room had a set of tall bass traps in each corner behind the speakers and the crossover choice was flat except the bass was set to the minimum setting.  The room treatment and crossover choices suggest some time had been spent on setting the system up.

We heard a few tracks such as rock and jazz rock such as Jeff Beck and Supertramp, followed by a classical piece.  Well, this was all just too much in the front row, but as soon as space allowed we moved back to the 4th and 5th rows and it all made a lot more sense.  This system was better than the one featuring Statement at the Bristol show back in Feb 2014.  Much better.  It allowed some of the emotion in the music to come through, which the Bristol combination with the Grand Utopia speakers just didn't achieve at all.  This system still has that signature sound that comes from both Naim and Focal - its up front, dynamic and forceful.  Here, there is just more of everything in terms of detail, power, speed etc.  It took me until the 3rd track and sitting further back in the room to settle into what was going on.  This system has that insistent timing and causes foot tapping, but like before, the combination of the up front Naim with up front Focal means that leading edges can be a bit abrasive, even at this level.  The sound is massive in scale - and some ways that makes for a "wow" factor - but I do struggle with acoustic guitars that sound about 4 feet tall.  Whilst side to side imaging and clarity of where the instruments are in the mix is very good and very stable, we didn't get a sense of much depth.  I still think that the Naim electronics work better with more mellow sounding speakers, but this is the best I've heard this combination of these manufacturers to date.

We revisited on Sunday, to give the Statement some time to settle in (if that was required).

Well, some large orchestral music really conveyed the sense of space of the venue and the scale of the orchestra, and with little percussion and hard edged instruments, was quite enjoyable to listen to. Then on came Frankie Goes To Hollywood's Relax.  And it was horrendous.  Harsh, brittle, grating and painful to listen to.  We had to leave the room.  Suspect the Focals - can Naim afford to keep using these speakers?  The 2 brands just don't seem to be compatible.

If you enjoyed this article, consider supporting Audiophile Musings: Become A Patron

Thanks!
Posted by Neil Hallworth at 13:15