Kudos have been the best room at this show for the past 3 years (even when launching their most modest floorstanders they've made a great sound here) so, with the T-707 just launched at the Bristol show about 3 weeks ago, anticpation was high, opportunity to disappoint therefore equally high, I suppose.

A bit of background - Kudos are big fans of making their speakers capable of working with active options from manufacturers such as Linn and Devialet.  Their current range leading T-808 has been played with passive electronics from Naim, Exakt active from Linn and active with Devialet at shows I've been to, in addition to active with Naim electronics being fed by an active Behringer crossover (which was good but not in the same league as Linn and Devialet).  The best of these was Devialet at Indulgence, although I understand the Exakt crossovers have been heavily modified since I heard them at the National Audio Show back in 2015.
The T-808 range topper comes in at £23k and is quite a large two-box cabinet.  So out of the range of most.  Kudos are now happy with the concept they used in the T-808 (e.g. the cabinet shaping, isobaric bass loading, complex flared porting, ability to easily run passive or active etc.) to roll-out the same concepts down the range into more accessible (!) pricing and suited to smaller (let's say, more UK sized) rooms.  So the T-707 scales down the 8" drivers to 7", uses one less of them, uses a single box cabinet and takes up less room in the room.  The 7" is a mid-bass that has another identical driver hidden in the cabinet, configured in isobaric mode.  For active use, 2 pairs of terminals are presented on the back panel so only 2 amp channels are needed per speaker.
A little more background - Kudos have been hoping to persuade Naim to provide a SNAXO active crossover for some time.  The design is now done (by Kudos with help from Naim) so hopefully it will just be a matter of time before it becomes available.  Naim really should do this - as we'll see below.

Today the system was Melco, NDS / 555, 252 / Supercap, SNAXO active crossover with Hi-Cap PS and 2x 250DR power amps.  Cables were, in the main, standard Naim fare (not hi-line) with the exception of the streamer to pre connection which was courtesy of Chord Sarum-T.  Sarum-T also provided connection between power amps and speakers, with the length of cables in use today just exceeding the price of the speakers themselves - at around the £13.5k mark.  Gulp.  The T-707 at Chester were finished in Tineo wood veneered sides - black oak, Tineo red and satin white are also available as standard.  Other finishes are options. 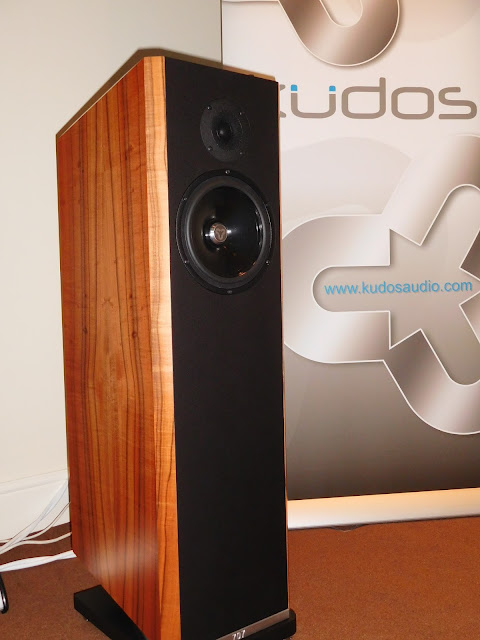 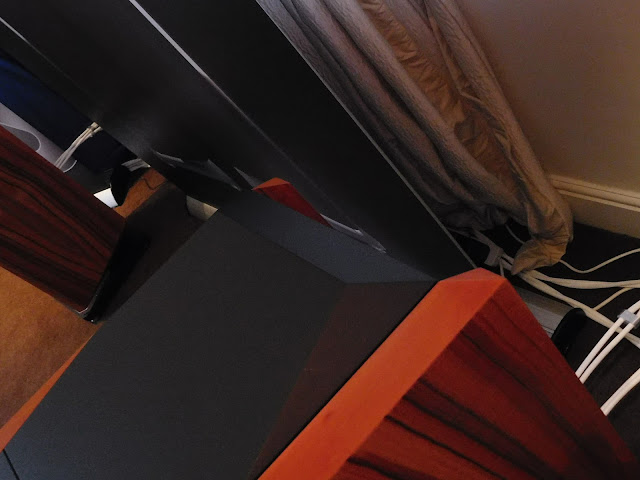 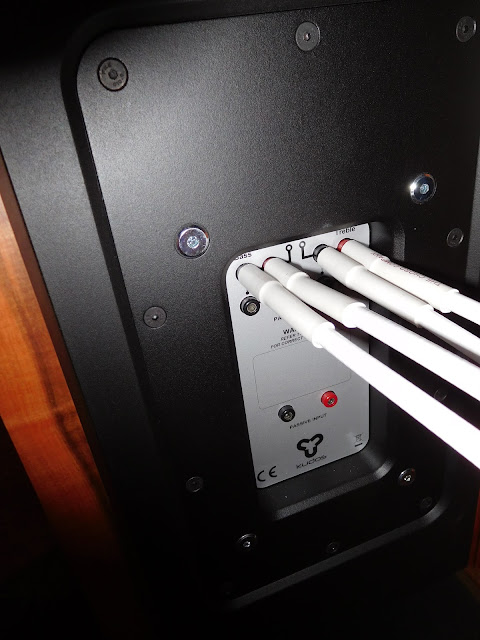 Let's get the negatives out of the way first.  There are really only 2 for me - the price, and that the room was playing its part a little today.  Boom was not really tolerable in the back row of seats, but the middle and front seats removed most of this, but there was still a touch too much.  It wasn't enough to distract though - just a hint that there's more to be had by a different set up, and Linn SPACE of course :)

If I said that I spent over 2 hours in this room, it might give an impression of just how enjoyable this Naim / Kudos active system is.  Music, music, music was what was heard in this room.  Track after track (with the exception of one rather poorly recorded Elvis track requested by a visitor) just flowed rhymically from these speakers.  Occasionally there are some bass details that aren't as well resolved as my Exakt/PMC system, but the overall set of compromises here is a much better mix.  Focal could learn from a big powerful sound that doesn't have to be over-bright, nor does a big speaker mean that instruments have to be over-large in the image.  It was impossible to drag myself away from the room - even for music I don't traditionally like.  As usual, the Kudos team encourage visitors to select music and they shy away from nothing.  This system just got on with playing tunes - there's a sense of joy in these speakers - I think the T-808 goes deeper, but somehow, in comparison with these 707s, they feel a little restrained - holding something back in case they get too excited.  The 707s feel much more like they want to get on with entertaining and being part of the party - but they still manage to be in control.  There's a sense of detail in there too, but its not the sort of detail that says "hey look at me", its just there when you seek it out.

Kicking electronic dance tracks? Hugh Masakela? Folk Rock? Sophisticated pop (think London Grammar)? Dire Straits? Mexican guitar duos? Deep electronica?  Just play whatever you like and enjoy.  For me, even more than the T-808.  I really look forward to hearing these with Klimax Katalyst Exakt.  Perhaps the Linn front end, a couple of Naim 250DRs and the T-707s could be a match made in audio heaven.  Maybe - it would be good to find out. 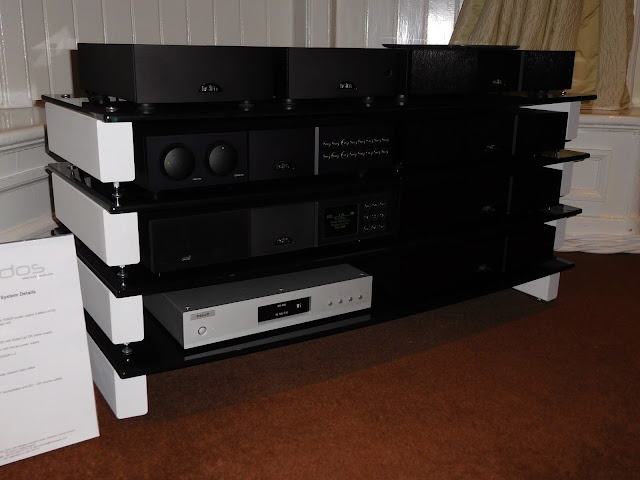