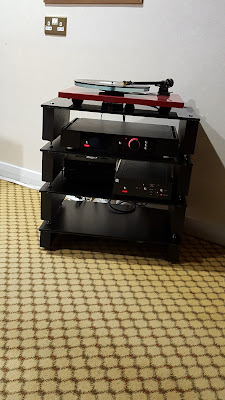 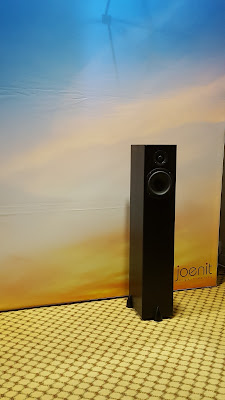 The last time I heard the tiny Totem Sky floorstanders was on a side wall in a largish room at the Munich High End Show back in May 2017 (reports here and here). There they sounded fun, musical, lively, refined - mighty impressive for such a slender, diminutive speaker.  But here was a great example of why its worth spending more than just a couple of minutes in a room.  Because on entering, the album "Avalon" was playing.  The sound was thin, dull, almost muffled and in colour terms - very grey, lacking colour, insight and detail.  A major disappointment.  A second track on the album was just as dull.  But then we asked for the BlueSound / Rega digital source to be fired up, and what a revelation.  Now we had a system that was full of detail, depth, emotion, light and shade, great imaging and musical engagement.  Superb.  Two tracks later and we were convinced of the little Sky's capabilities.  But then on came the P3 again and it all fell flat and dull again.  A suprising result as the P3 is such a well respected turntable, but here, if you'd only heard the Totems with the turntable, you'd be looking elsewhere for something far better.  With the better source, they were fantastic.