Linn's Akurate Exakt DSM (AEDSM - the main source in the 'Musings system) has always had lots of HDMI inputs and an output, since it was launched in 2014.  Later versions and the otherwise identical re-branded System Hub has an updated HDMI board to support later protocols.  If I remember correctly, the update was introduced in 2016, but there must have been some forward thinking going on back then...

At the end of 2018 it became apparent that a surround sound upgrade was available to be retro-fitted to the AEDSM  / Akurate System Hub (ASH), for Exakt systems.  I would say "announced by Linn" but that would be overstating the case as the stealth marketing continues...

To add the new surround board, the later HDMI (2.0) board is needed - we'll see why in the pictures below.  So back in 2016 the board was designed with the ability to add a surround module which wasn't mentioned at the time.  So later AEDSM / ASH products can have the surround module added to the HDMI board already installed, earlier AEDSM products need an update to the HDMI board before the surround can be added.

But surround capability has been available for some time in Exakt right?  Well kind of - if you have a disk player or movie / tv streamer that can decode the signal and then send a multi-channel digital output for the AEDSM to translate that into Exakt and send it to multiple Exaktboxes or Exakt equipped speakers.  So the major change here is that it is possible to connect multiple sources to the AEDSM / ASH where the processing will be carried out inside the DSM, not in the source component.  Also, in previous Exakt surround implementations, as in stereo Exakt, an Exaktbox channel and a power amp channel is needed for every drive unit in every speaker.  Now it is possible to set up an Exaktbox to supply a full range signal to centre, rears and sub, whilst the main left and right channels continue with the normal approach to Exakt.  So that massively reduces the cost of going Exakt surround for those who already have Exakt main front left and right solutions.  For example, in a Linn Akurate system using a 225 centre channel, Akubariks as rears and a sub, and additional 13 channels of Exakt and power amplification is required.  And those Exakt channels would have to be across 2 full Exaktboxes and one Exaktbox sub.  Now those additional centre, rear and sub channels can be driven out of one Exaktbox and 3 amp channels (plus the sub amp).

This will be first of 2 (or possibly 3) parts - in the next I'll get to setting up the system, but for now, this is about the boards that are fitted into an early DSM to get surround up and running.  The pictures below show before and after:

Original HDMI board - The front of the DSM is at the top of the picture:


The Newer HDMI (2.0) Board.  Main interest here is the new long multi-pin connector in the centre of the board: 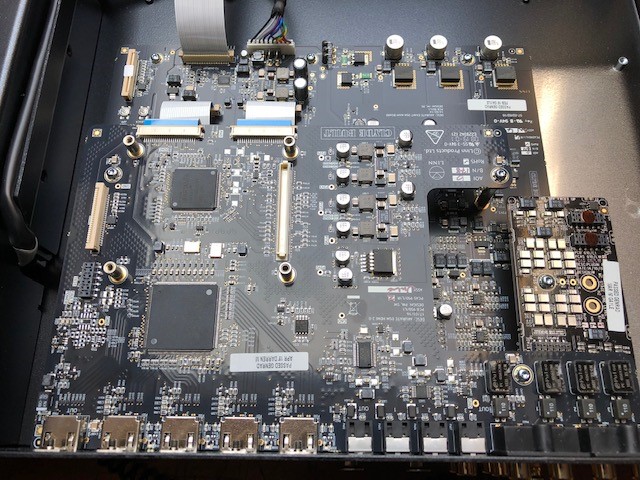 Surround Module Still in Anti-Static Bag.  It's quite a small unit: 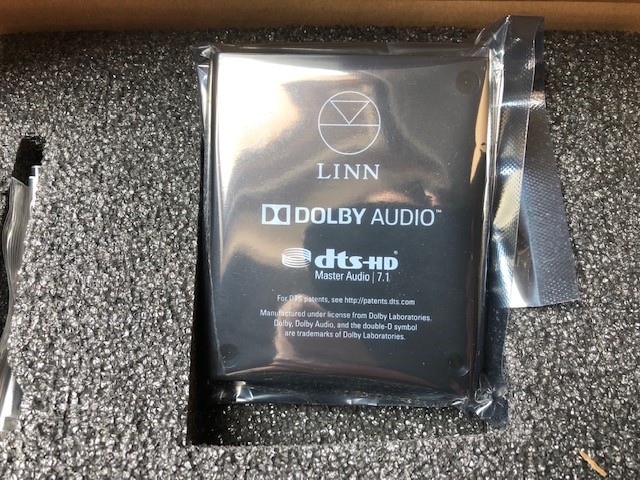 
Surround Module Installed into the Multi-pin Connector on the HDMI Board: 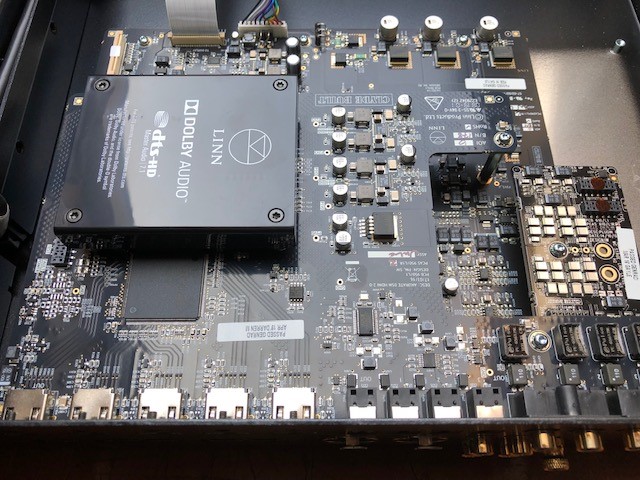 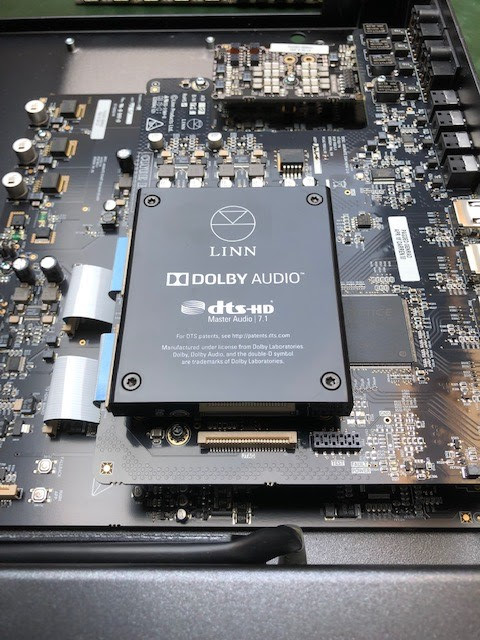 Next post in this short series will consider connecting up the Exakt system implications.
Posted by Neil Hallworth at 14:38