The Majik 109 is a small (9 litre to be precise) standmount speaker that I use as rears for surround duty, although they're very capable as main duty speakers too.  When using them in active mode (as I do), they need 3 pairs of loudspeaker cables to bring the signal from the power amps to each of the 3 drive units in each cabinet.  The obvious way to do this (at the time, about 18 months ago) was to use lengths of Linn's K600 speaker cable.  3 twisted pairs of cables are moulded into a very substantial black sheath that keeps the 3 pairs of signal cables a good 12mm apart.

This is what I also use on the main and centre speaker too.  For the main speakers, it stands on edge along the skirting boards and hides all the other cable mess behind it.  That's not the main reason for using it of course - its a high quality, solidly constructed cable with high purity copper, but is nothing more exotic than that and comes in at a relatively affordable price - unlike some cables out there!  Linn discontinued it during 2013, which is a shame, now only offering the bi-wire K400 cable that has a very similar construction, but only 2 pairs of cables rather than the 3 pairs.

Anyway, the point here is that K600 is very very heavy.  And when plugged into the back of the Majik 109s, right up there on top of their stands, the weight of the cable puts quite some stress on the soldered joints between the cable and the 4mm plugs.  I wasn't really very happy about this, but in the 18 months since they were installed, the connections are still going strong.


Having many more things to be getting on with and, curiously, still being able to sleep well most nights, this never got any further attention, other than to ask on the Linn Forum if anyone had solved this.  There was collective shoulder shrugging.

So I put some thought into last week and started searching for an appropriate solution.  There was nothing obvious, so a bit of lateral thinking was applied.  A search on ebay for brakets gave a gazillion results, but adding "stainless steel" and -"shelf" into the mix narrowed it down somewhat.  I needed something that would either clamp the K600 to the lower part of the cabinet or allow for cable ties or something.  If it allowed me to utilised the existing screw holes for the "brakit" mounting system, even better.

Took a while, but eventually I found something that might work.  So tonight they've been installed and work well.  They're actually described as L-shaped stainless steel cubicle brackets, so I guess they're intended for the lavatory installation industry.  But whatever, here's one fitted using a 6mm countersunk stainless steel screw and cup washer: 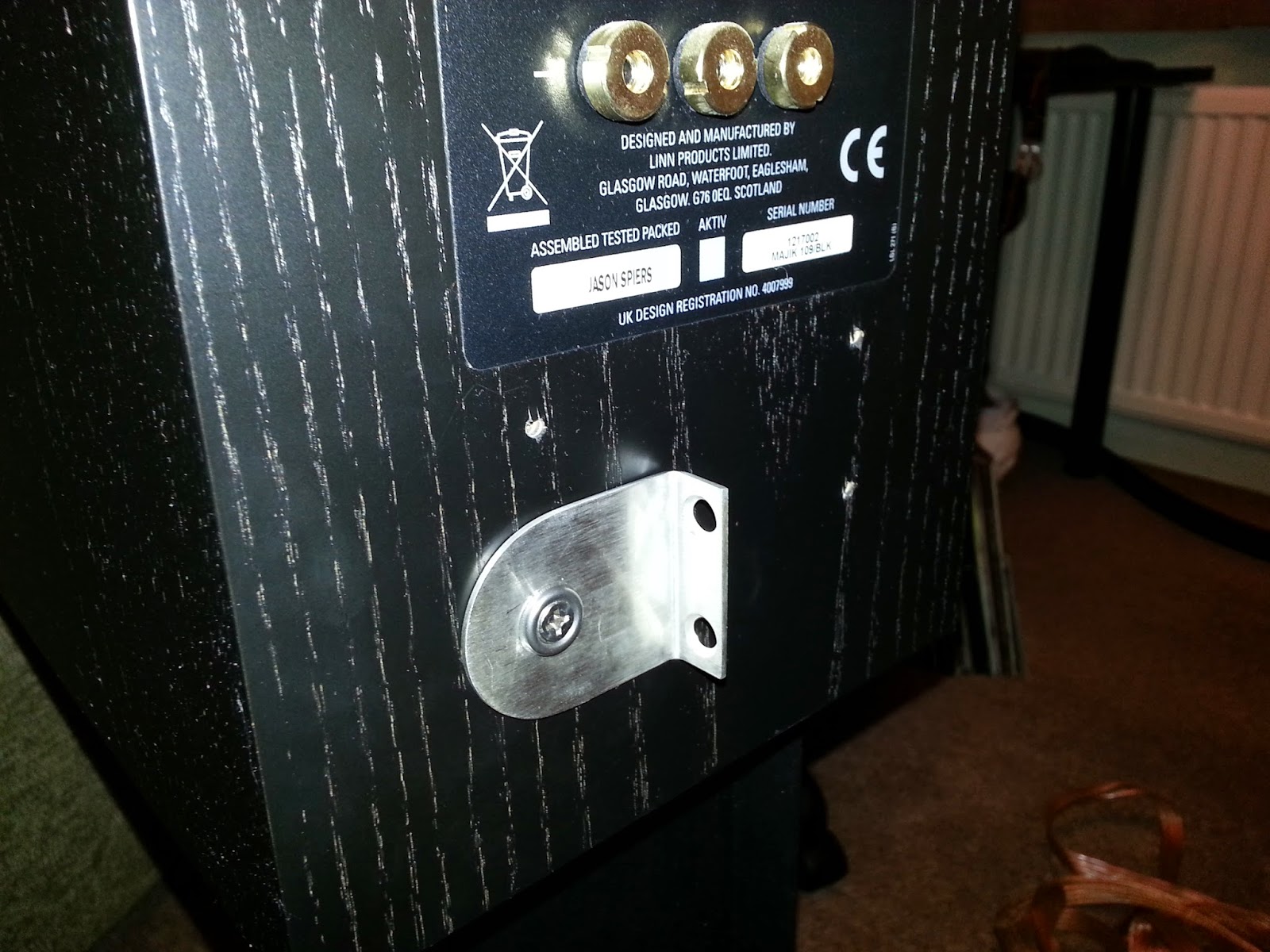 I was particularly keen on this design because it allows for 2 x cable ties to be fitted around the K600 cable, thereby providing a good support to the cable.  And it works, as can be seen below - the cable is now supported by the bracket and ties and the connectors are free to get on with their job with no physical stress.  A good solution at 99p per speaker.  Additional benefit - the cables are held flat to the backs of the stands too, so keep themselves that bit tidier. 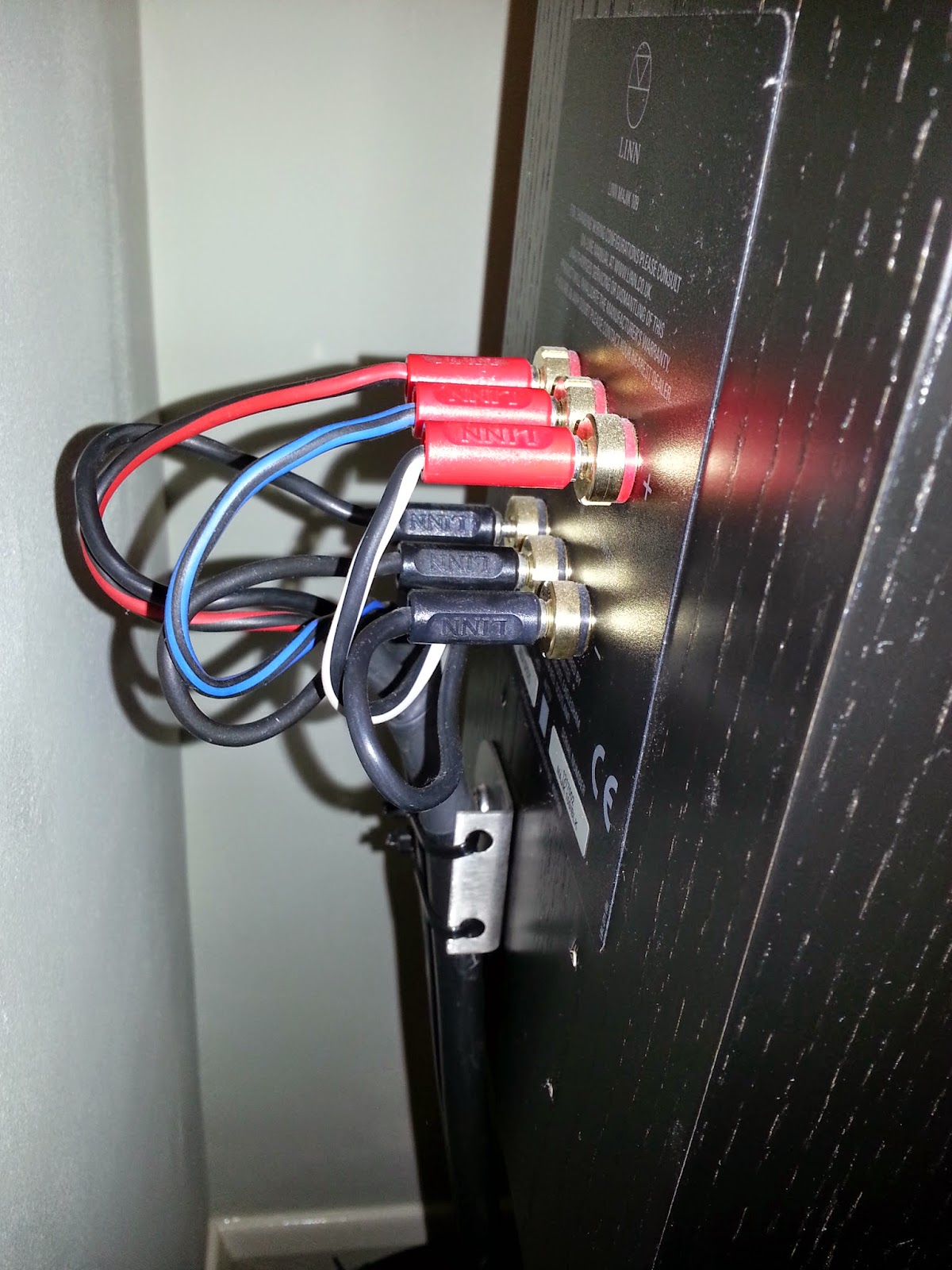 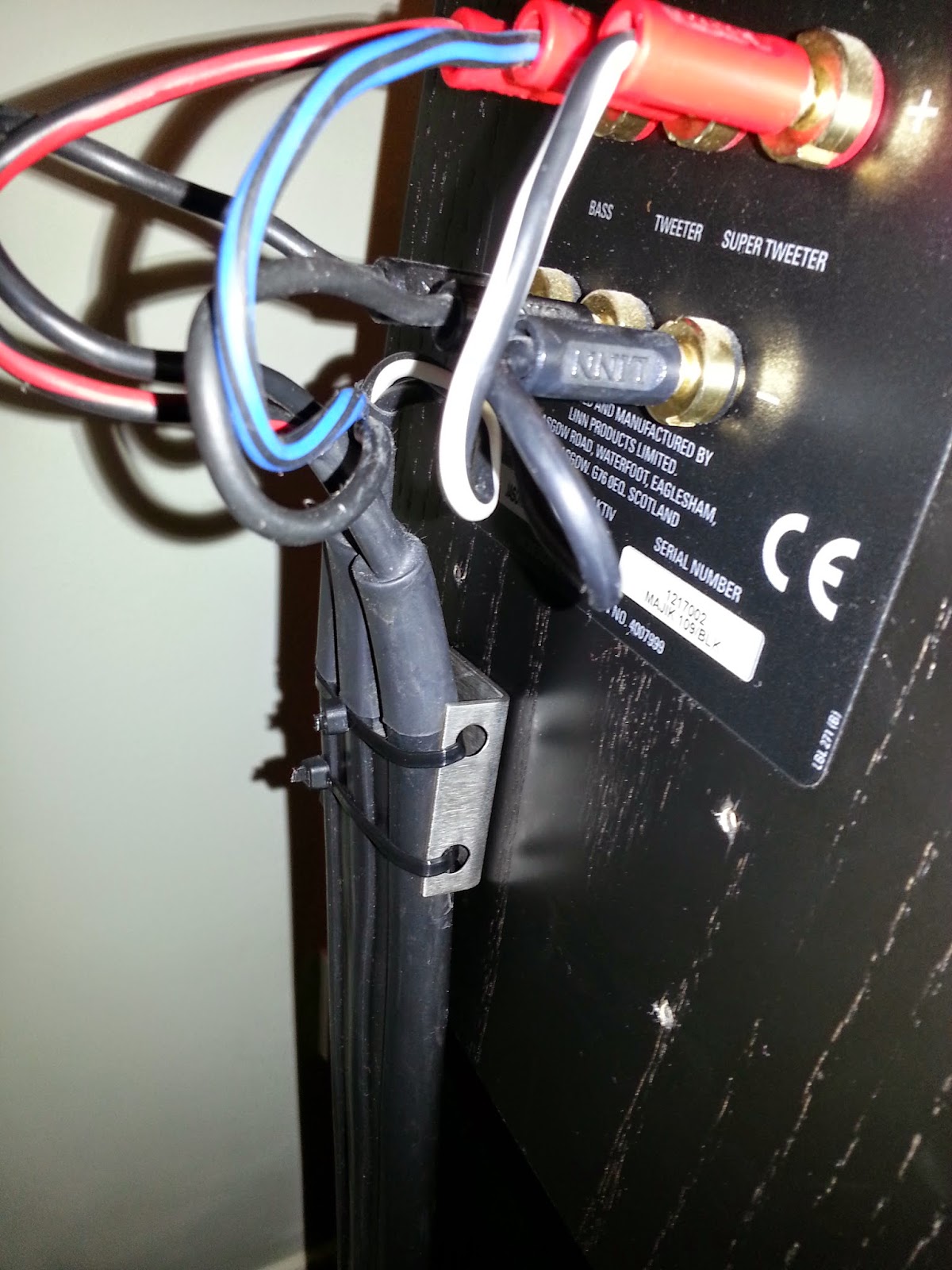