Tunes In The Garage

Assembling cheap but good secondhand stuff, listening for a while and selling on is part of how I keep my urgings to change kit in the main system at bay.

The main system stays relatively static, with the occaissional step forward when funds allow, but messing about with old stuff that was well respected in its day allows for the sampling of lots of kit whilst not breaking the bank.  Some of it sells for less than I paid, some for more and some for about the same.  Rough with the smooth and all that.

Then there are the bits that hang around for a bit longer.  They're still cheap, but are worth slotting into music somewhere about the house.

So here's the current system in the garage.  Listening to tunes when working on the car or the bikes or just tidying the place up makes the work seem less arduous.  Plus, during the winter, I'll plug the laptop into the system and watch some DVDs or cycling vids on YouTube whilst I try and become less unfit with the bike on the turbo trainer 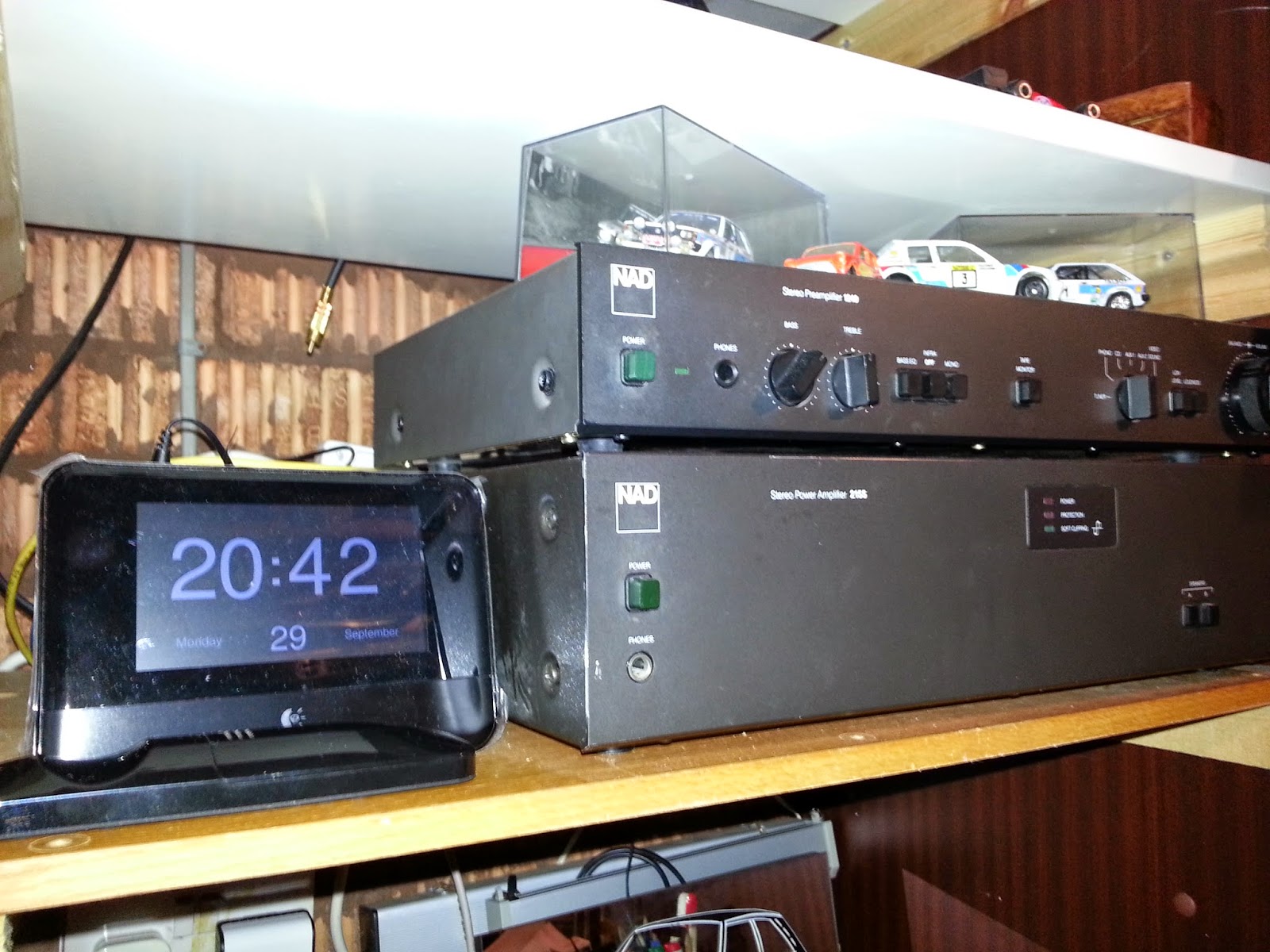 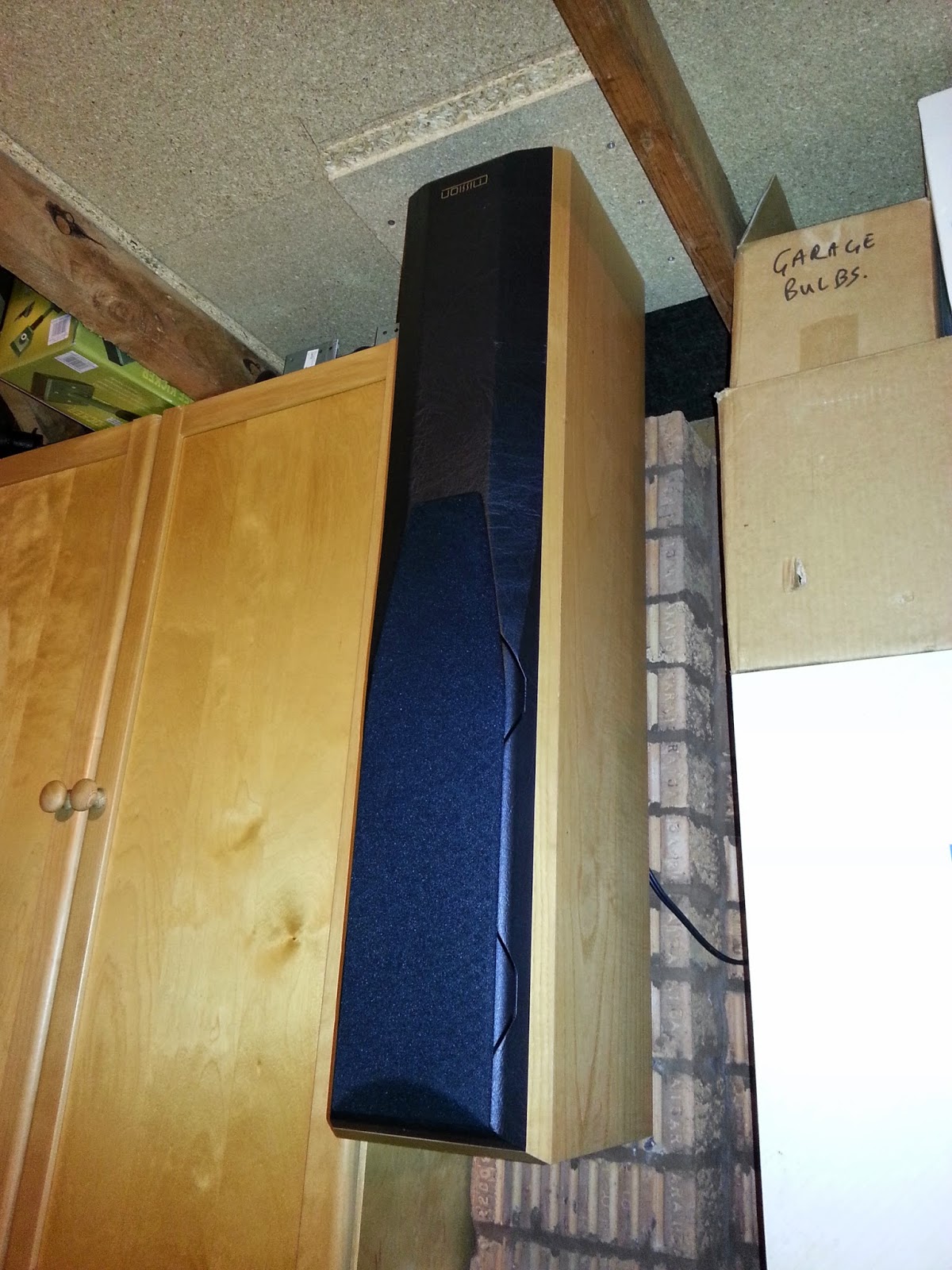 So this £250 system consists of Squeezebox Touch (connected to QNAP NAS via Ethernet over mains), NAD 1240 pre-amp, NAD 2155 power amp and Mission 773e speakers (the earlier version with the leather look baffle trim.  Speakers hang from a shelf on the rafters, hence they're upside down.  This keeps them off the floor (which is good as that's a pretty in-hospitable environment - both for water when the car comes in wet and the danger of being kicked / damaged by box shifting etc).  They're upside down as they are floor standing speakers, so the theory is that the large shelf on the rafters is acting as though they were standing on a floor.
Posted by Neil Hallworth at 01:01