Inspired by this thread on the Linn Forum about a request for Linn to build a speaker system / dock, I spent a couple of hours in the garage tonight with scissors, cardboard and sticky tape.

I dug out some old Linn Knekt Diskreet ceiling speakers I picked up for a very small sum several years ago and pressed a SMSL T-Amp in to action.

Just for fun of course.

Here are the build pics: 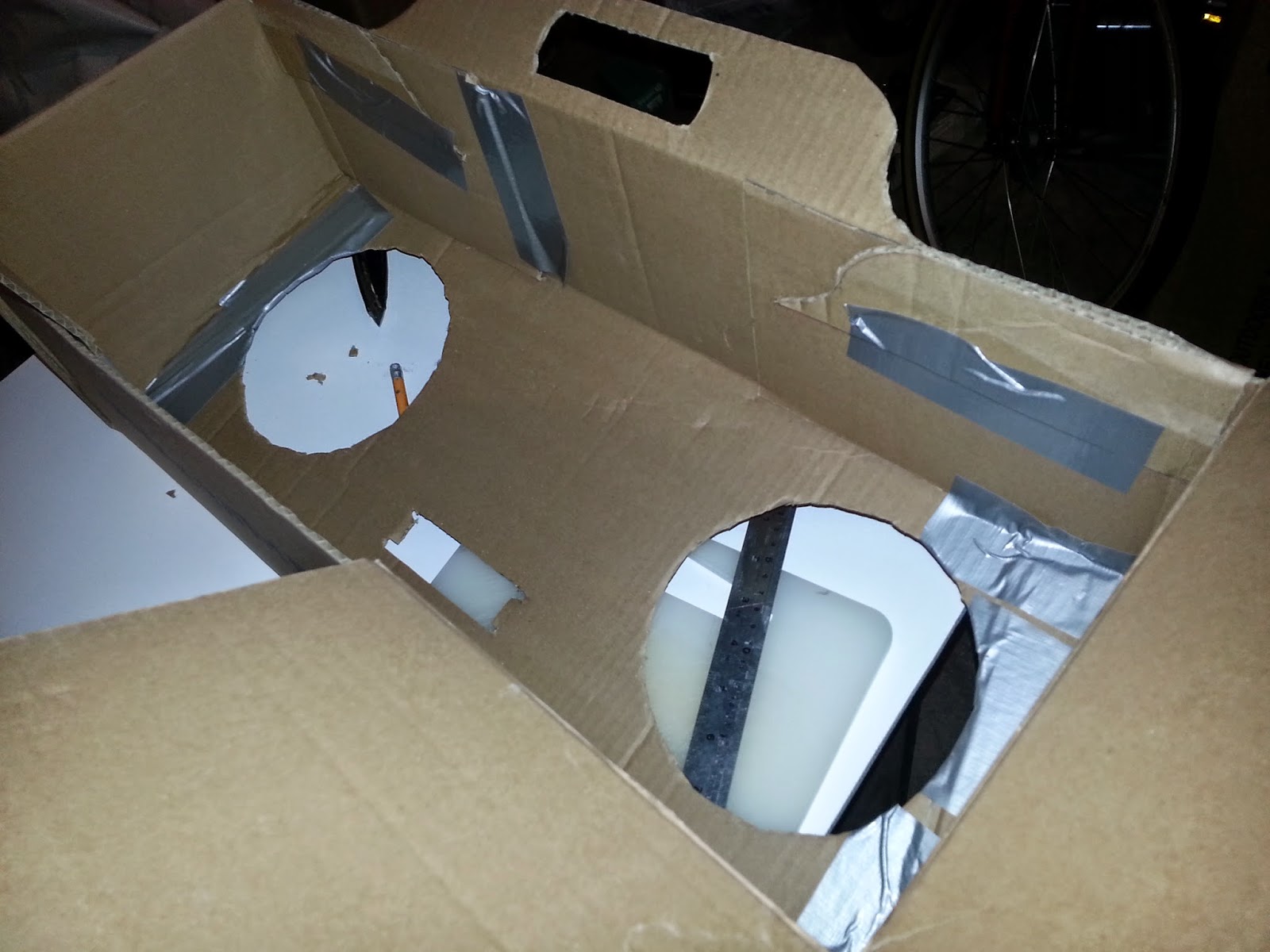 At the moment, its probably safe to say that it sounds "functional".

Part 2 will cover the upgrades and build into a decent box.  This will hopefully be slightly longer, much more sturdy, incorporate a Linn Roomamp and room to think about streaming technology further down the line.  Suggestion from a fellow Linn Forum member has been to incorporate Raspberry Pi as a streamer, which is an interesting idea and follows along with the very DIY nature of this project so far.
Posted by Neil Hallworth at 15:53