Project Red (plus, anatomy of Linn's Ninka and Katan)

In the extremely extensive category of 'daft things I've done' there is, in the same building, an expensive Summer toy and an entertainment system to help with making hours on the Winter turbo trainer somewhat more palatable.

The entertainment system features 5 old skool Linn speakers, the main left and right pair being a near mint set of Cherry finish Linn Ninkas. They're wasted in their current surroundings and deserve to be in someone's living or listening room. So I've been looking around for something less smart for sometime.  A chance visit to a Linn forum member's house gave me some Ninka scale inspiration, in addition to some Katans I've seen pictures of, belonging to another forum member I know.  So a plan was hatched to create something unique.

To paint a pair of Ninkas, it's easiest to start with Maple or Cherry finishes, as they don't have any physical grain like the other finishes. But it would seem wrong to paint the cherry speakers I have, they're just too good for that. Something else to consider is value - Cherry Ninkas sell for much higher prices than Maple. So the best starting point would be a slightly scruffy Maple pair. Finding stuff before it reaches the lottery of ebay is usually good, on the fee occasions it happens.

So the donor pair were secured, then the finish had to be decided. Furniture and kitchen refinishers in my area generally fall into one of, or both of these camps: they won't touch speakers or they only do a standard palette of colours. Fortunately I found a company that would take on the speakers and would paint from a sample. Given that the speakers I've been inspired by were both red, and that they would be occupying the same space as the red Summer toy, then the choice was made to match the car - in this case, Austin Rover Targa Red. 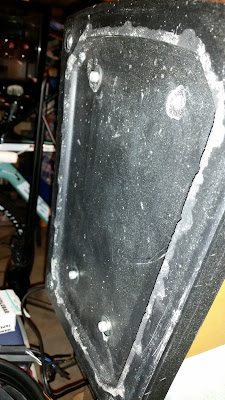 The 4 M5 allen bolts that hold on the (optional upgrade) polymer bases.  These four bolts are removed to remove the bases. I took the M8 spikes out of the four corners first - its a bit safer that way.


Just after I'd finished prepping the Ninkas, at set of 5 Maple Katans popped up on ebay.  It seems a set of 5 is not a popular number of speakers, meaning their cost per speaker was a good bit lower that it would be when just buying a pair.  One pair went to a new home, the single speaker will be good for spares and the other pair joined the Ninkas in being prepped for painting. The Katans will replace a black pair I have which get used from time to time (for example, the Scalford Hifi Show 2015).

6 weeks of waiting later...the boxes were back. The finish is OK, but rather dull - I was expecting a deep lustre to the finish.  I suppose the very reasonable price I paid to have them painted didn't include the labour to make them shiny!  Using Zymol - a high quality car cleaner polish - each Katan took a good 2 hours of polishing to get them looking good - 4 times around each cabinet. Boring, but effective.  Of course, the Ninkas took around 3 hours each. 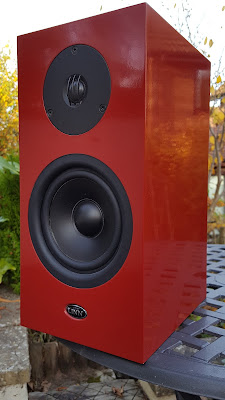 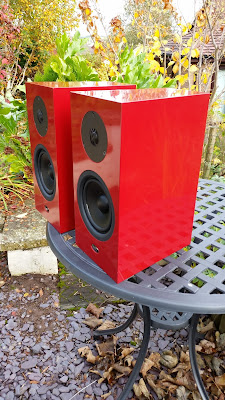 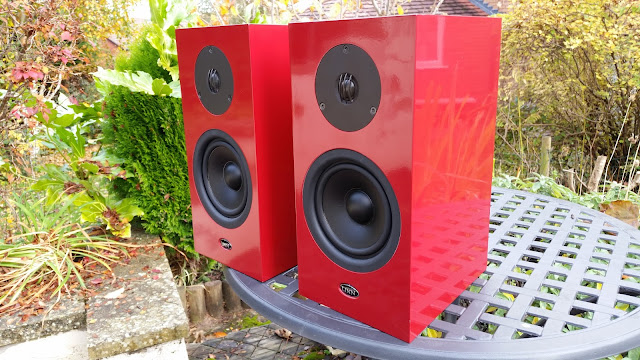 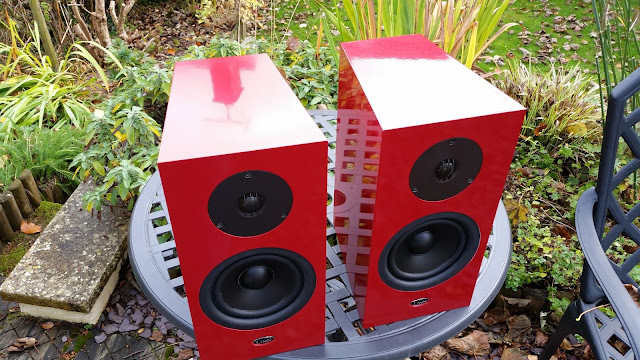