Linn's little Katan standmount from the 90s and early 2000s has an excellent reputation, particularly in active form, and quite right too, its not the last word in refinement but the music it produces is very enjoyable indeed.  In Linn part number terms, it is fitted with the 038/2 tweeter and 039/1 mid-bass driver. 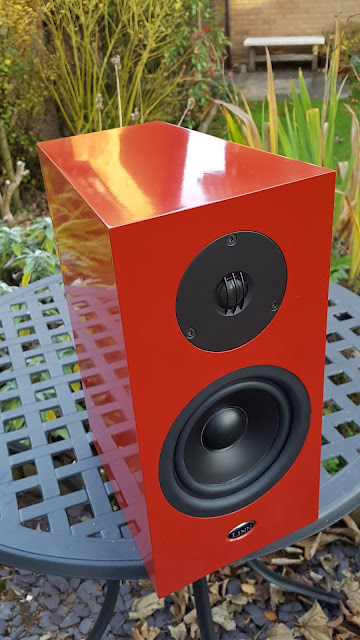 Its predecessor is the Tukan, is similarly small, but lives in a more conventionally shaped cabinet.  It has the older drivers - the tweeter being the 015/x family and the mid-bass the 016/2.  It has a reputation as being a very "fast" speaker, but there's a certain hardness and lack of friendliness to the sound. Its also considerably bass shy compared to the Katan. 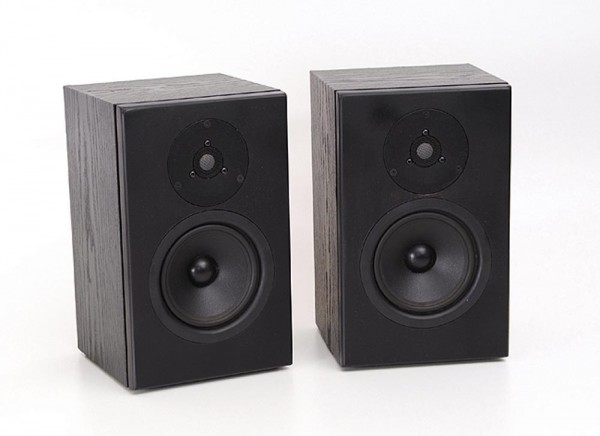 Curiously, when taking either of these speakers active (aktiv in Linnspeak) they both use the same analogue active filter cards, despite their very different drivers.  So the crossover points, slopes and relative loudness of the drivers are shared.

Also, the driver cut-outs in the cabinets are identical allowing the drivers from the Katan to be fitted into the Tukan cabinet.  So I gave it a go.  Even with the passive crossover, the Tukatans are a huge improvement on Tukan, being more flowing, warmer, far smoother in the treble and they now have that Katan musicality and friendliness. 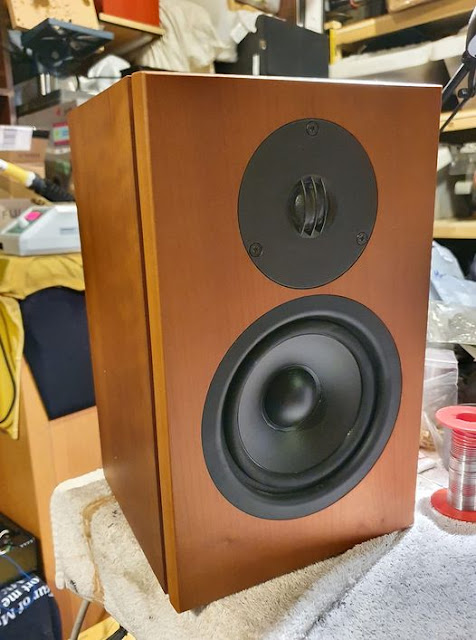 Inevitably, of course, a set of Exakt filters had to be created and were built pretty quickly.  Below is the FR resulting for Tukatan Exakt (ignore below 120Hz as the room is having too much influence there).  A great fun pair of speakers!