Had a chat with the guy who runs AstinTrew which turns out to be a British company.  We didn't discuss where the stuff is actually assembled but its certainly designed in the UK.  For such a small company they have a reasonable range and its very well put together.

Apparently the dealer selected the Tannoys in use.  The system produced good imaging but no real depth nor slam to the bass.  If you like the typical Naim sound you'd probably like this combination - its very up front and pushes the music at you.  Coming from the Linn room my 13 year old daughter really got the idea of up front versus more laid back presentations - before this I'd tried to describe the differences between a Linn and Naim system and here she spotted it herself straight away.  We agreed it would become wearing over time.  The guy from AstinTrew agreed and put it down to the Tannoys - he suggested a listen with different speakers would show the electronics in a better light. 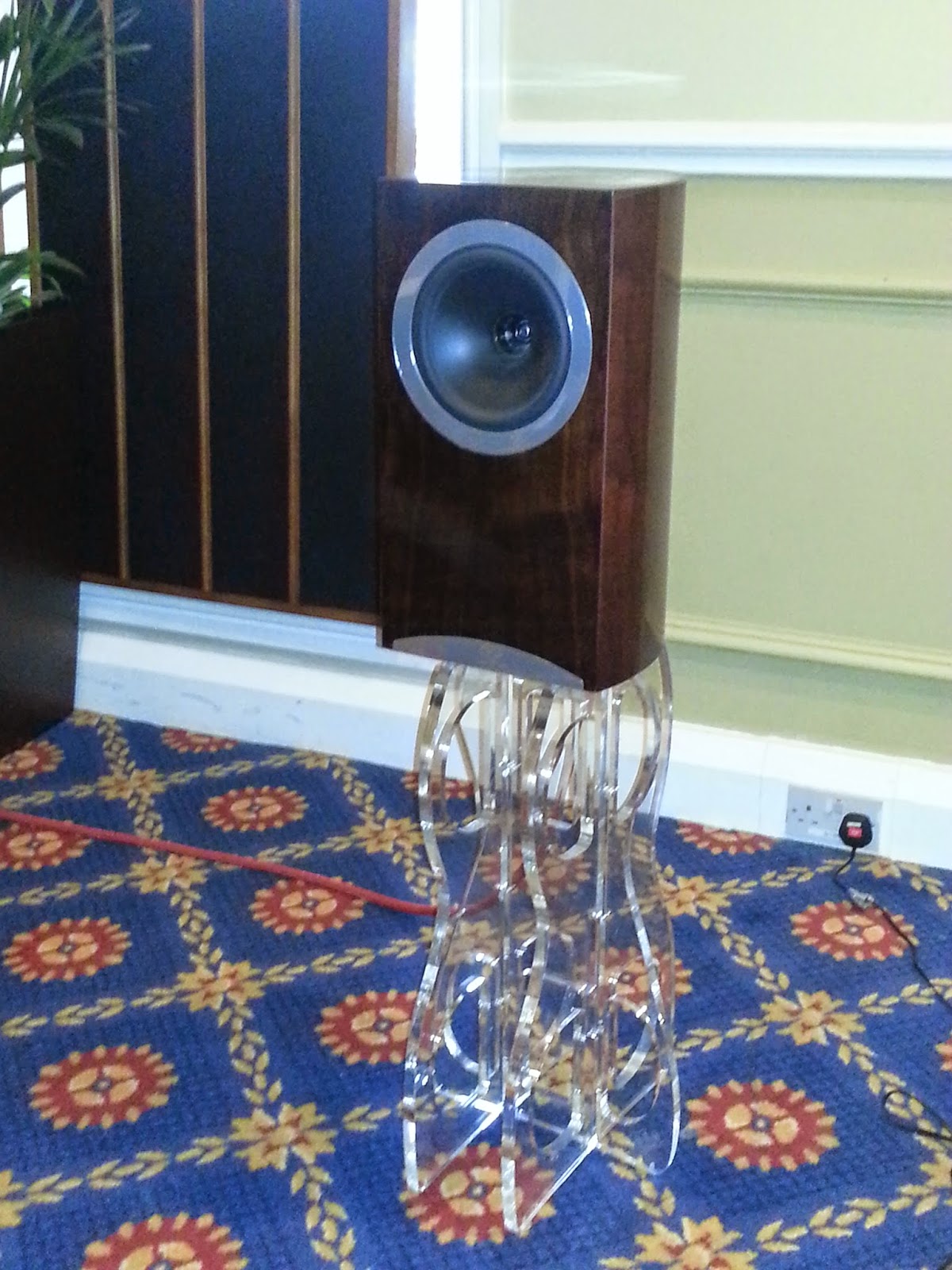 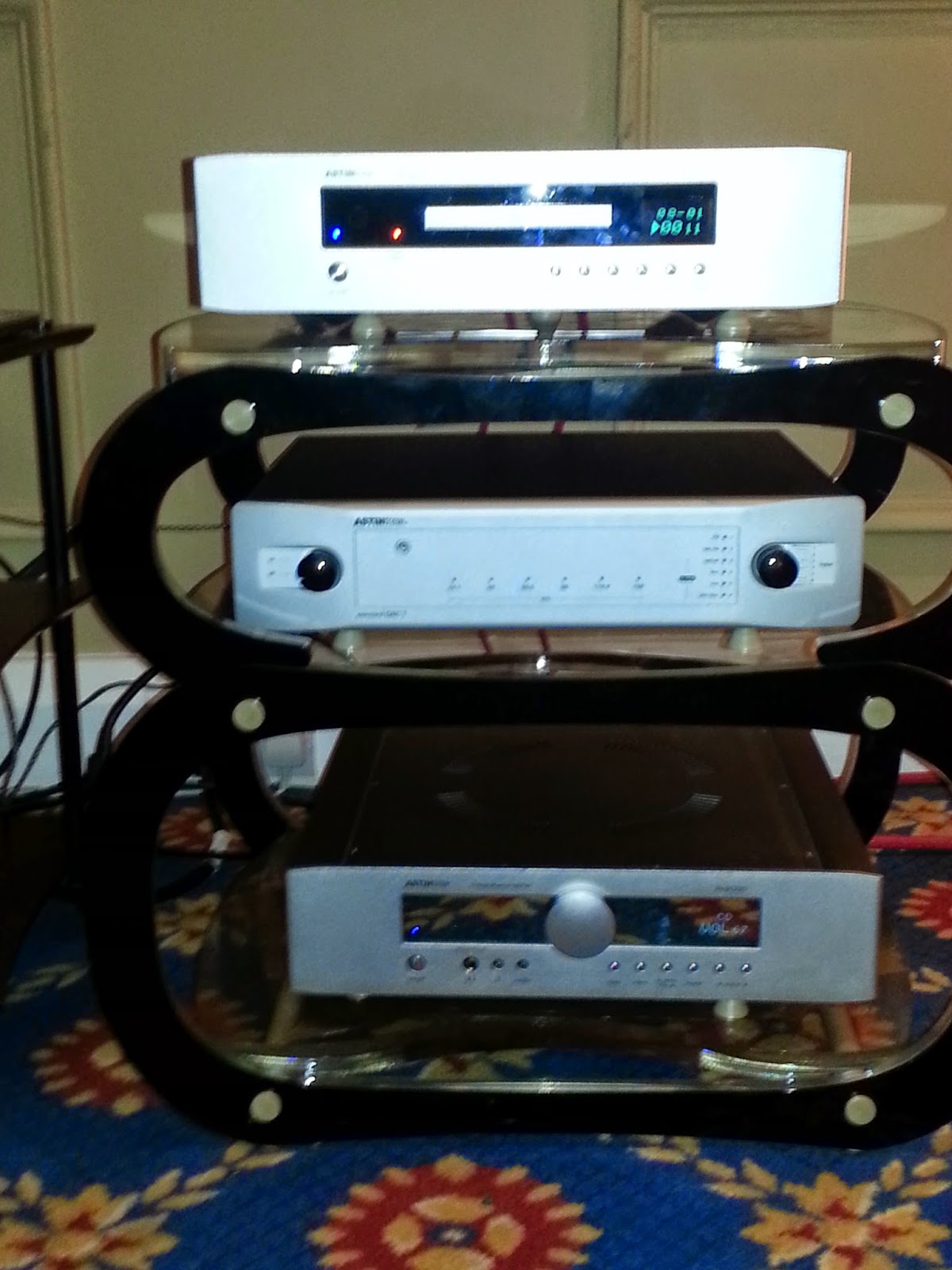