This was a fun room.  Lots of unusual stuff in here.  I can imagine those who enjoy a laid back cool jazz tune or the more easy listening end of the spectrum putting their feet up with a glass of wine or perhaps a G n T to chill out at the end of the day. Perhaps Adele or Zero 7?

So a first encounger with the latest Apple Mac with its shiny cylindrical box (surpisingly compact) and the usual very high quality large glossy screen - its a quality looking bit of kit. Here it was running JRiver media player to an optical output which was fed to the very small DAC. This fed to Bakoon amp with separate power supply. A class A/B design, its well made in the style of the Mac Mini.  Looks like it should be a class D design based on its diminutive dimensions. From there the signal goes to the off-board crossovers shown below. 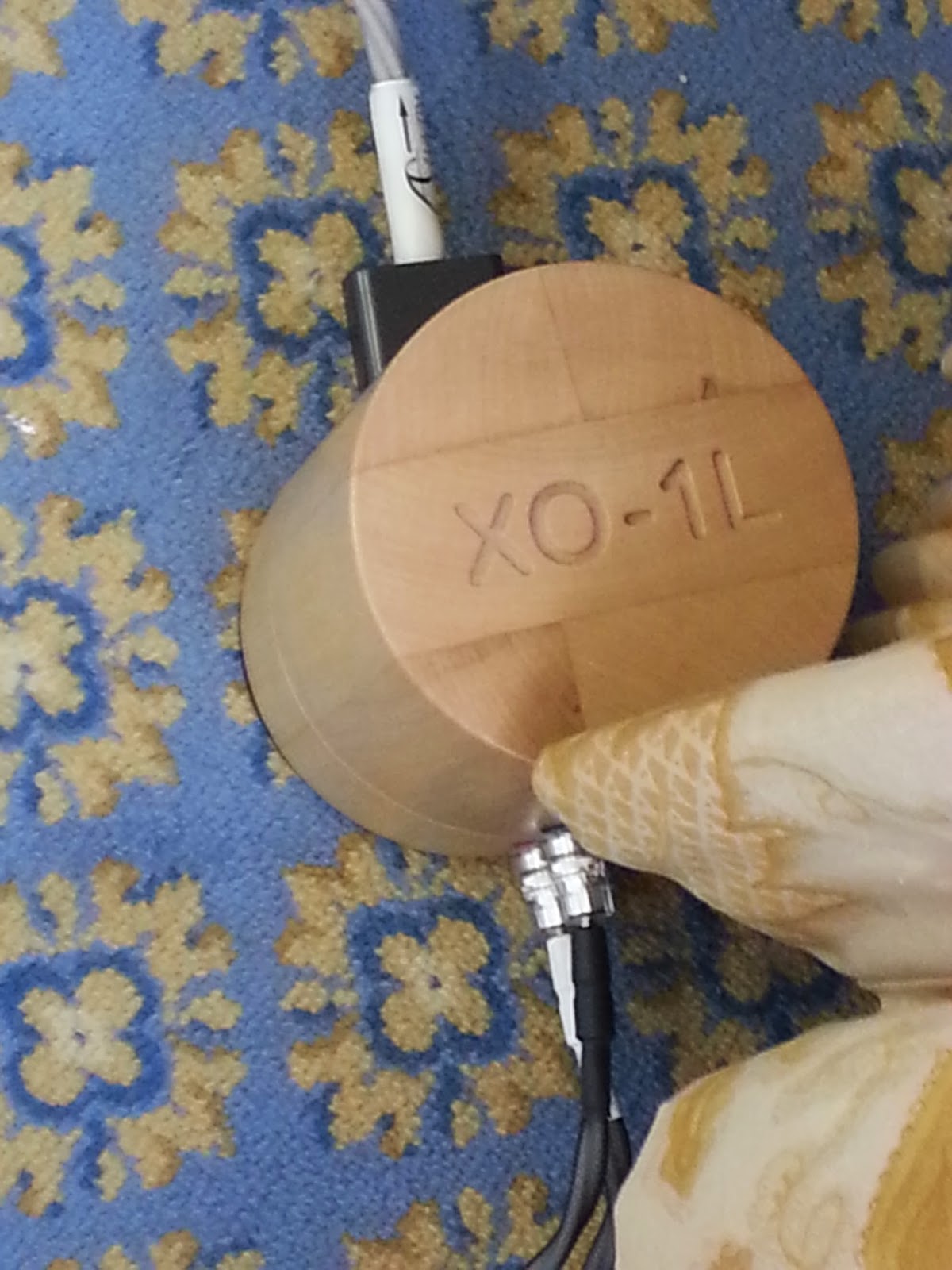 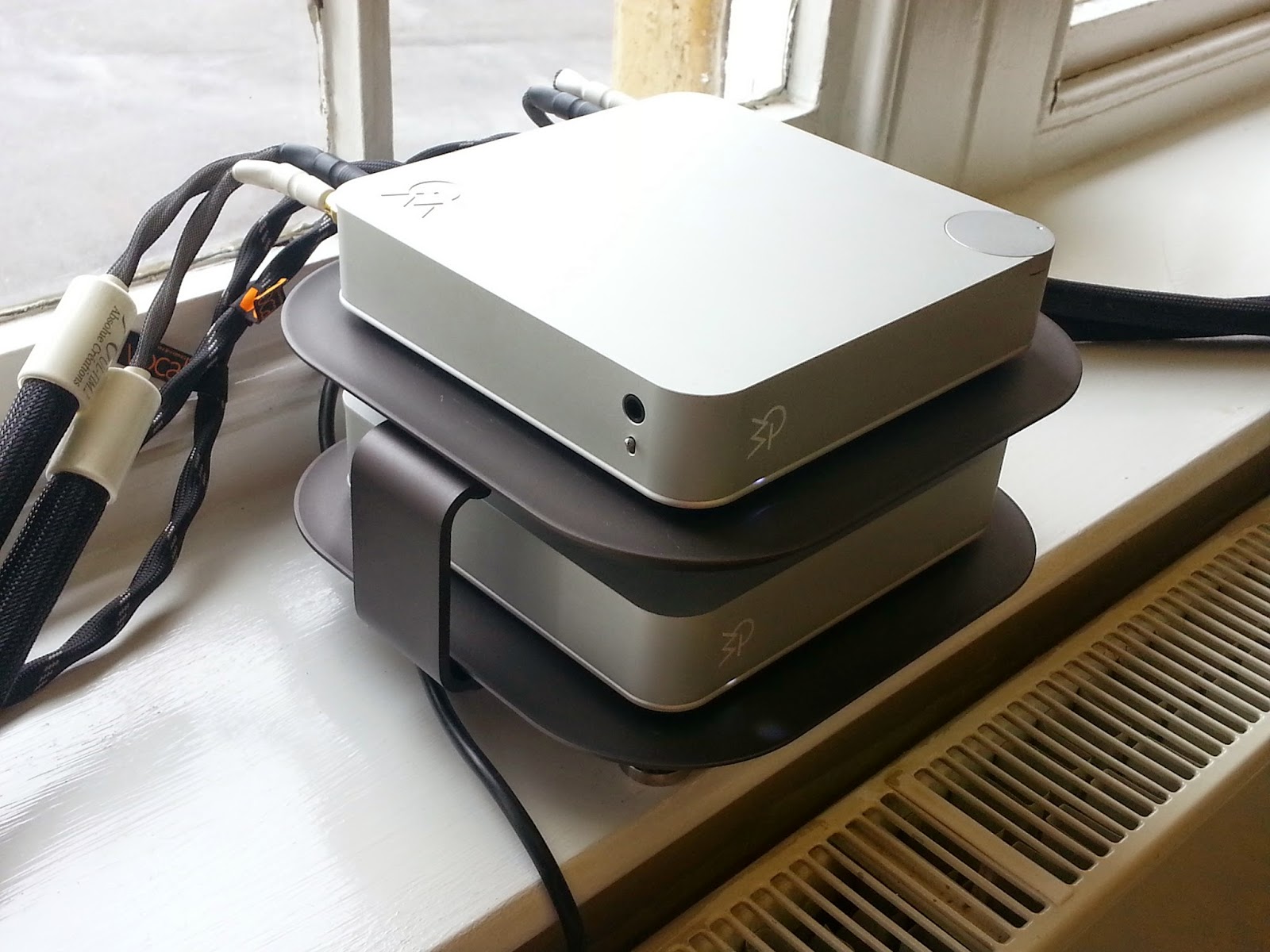 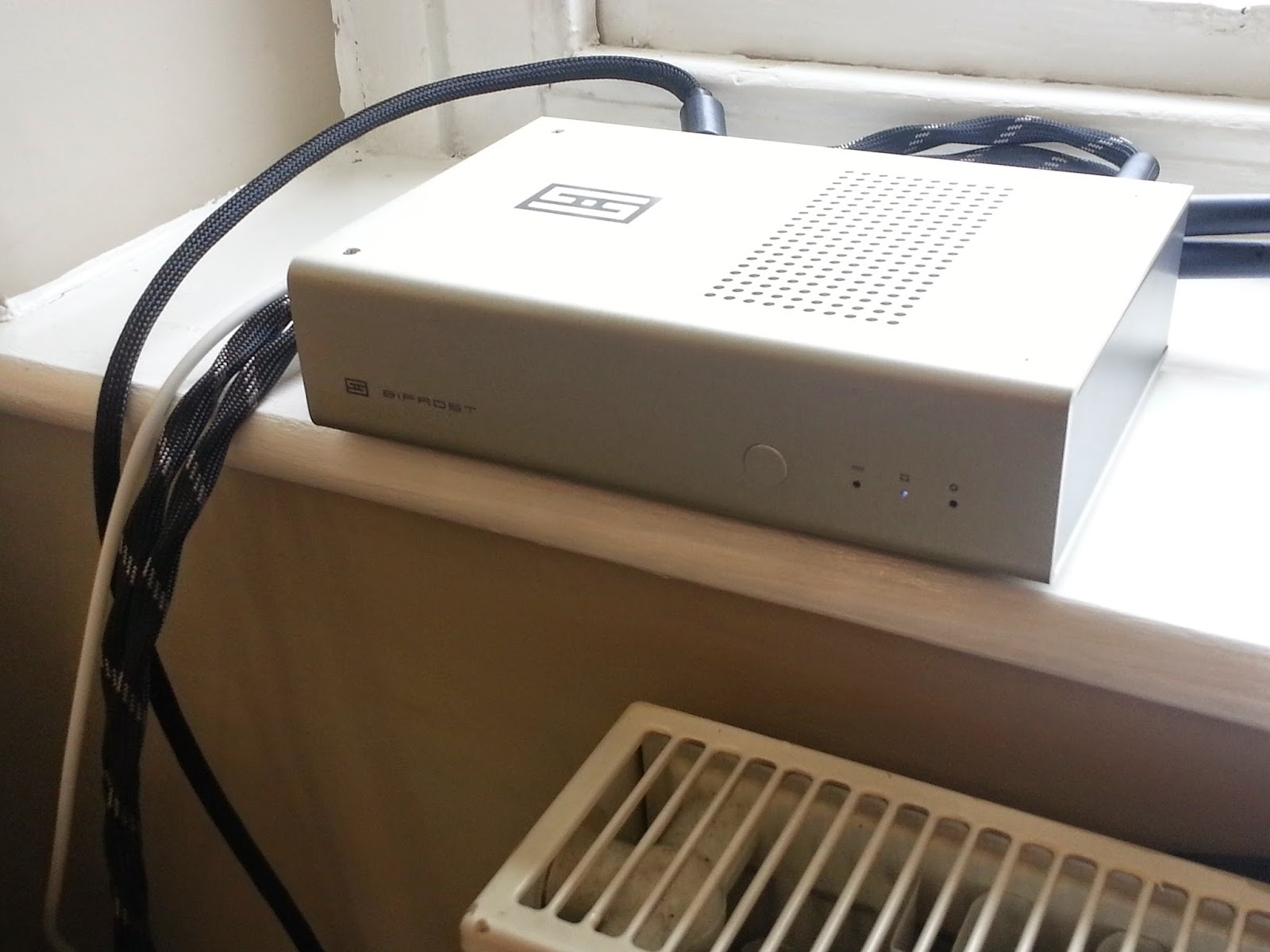 Then to the speakers themselves. Taking an unusual approach and using instrument grade woods (baffle in spruce in this case) the theory goes that the wood is going to resonate so, rather than try to eliminate this, use known resonances in the design. The drive units and crossovers allow for the resonance so it becomes part of the soind, as designed in. The standard of finish is very high. The baffle even has a 'stone in a pond' ripple effect across the surface, centred on the mid-bass driver.  The stands were not rigidly coupled to the floor. I suspect the boxes themselves are quite lightweight. Place your hand on the cabinet and you can feel it vibrating along with the drivers.

The room hosts really engaged with the kids, allowing them to choose some music. C went for Oh Yeah by Yello which was clearly a bit 'racy' for one of our hosts. It played reasonably well, being tuneful and engaging but I would characterise it as softish on dynamics and lacking the kick this track deserves.

K selected Ane Brun and settled into a seat centre stage.  She seemed to enjoy the music, later commenting on the lack of low bass and the relaxed nature of the sounds.

Whilst we were in there a gent arrived and assembled an enormous alpine horn.  It must've been about 5 metres long and is made from the same woods as the speakers, clearly drawing the link between each end of the audio chain.  Not sure its that relevant, but then that's not the point, its just part of the fun atmosphere in this room.