If I remember correctly there was a Canor amp hiding behind this lot.  Playing from the Mac through the Antelope DAC into some Amphion floorstanders this room was playing some music very well indeed.  I liked what I hear and it was another of those rooms that was playing lots of musical variety.  Is there a link between musical variety being played and the confidence in the system?
Also had a play with the Zodiac DAC / headphone amp playing into the Audeze cans shown below.  Not bade, but I preferred the Grados I heard later in the day which were fed by an Arcam disk spinner and a Graham Slee amp. Not sure which component it was here, but there was a certain hardness to the sound.  I suspect the cans as I didn't get on with them on the A&K hi-res portable players either. 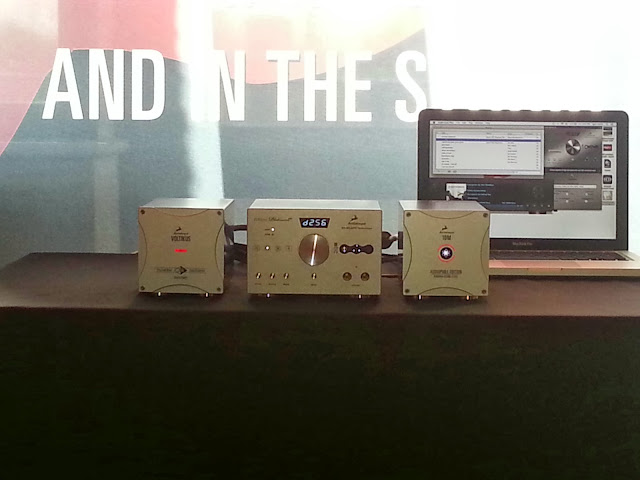 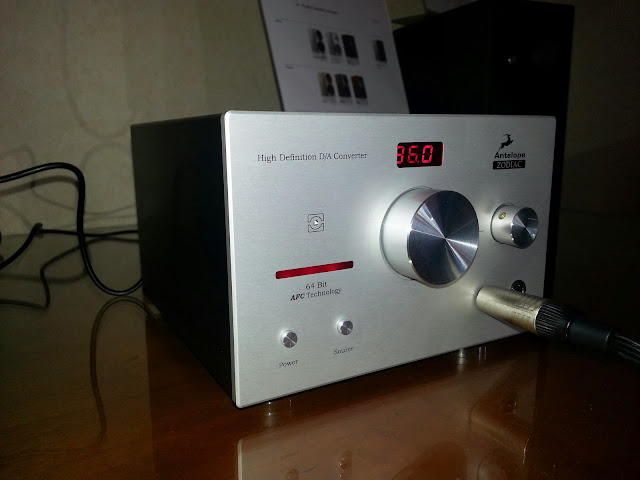 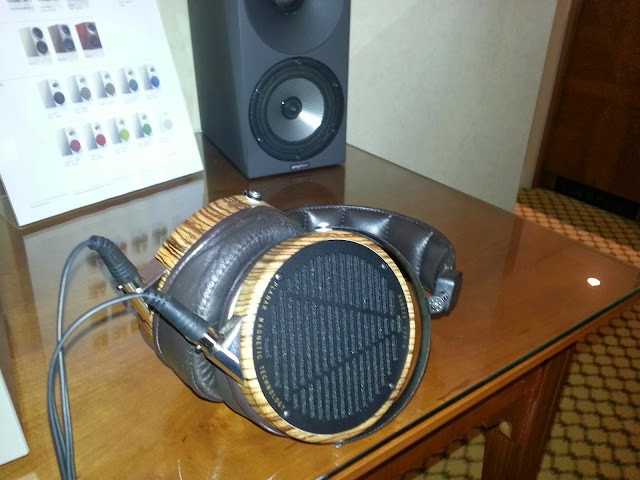